James Eli Shiffer is the cities team leader for the Star Tribune, supervising coverage of Minneapolis and St. Paul. He has previously worked as the watchdog and data editor and written the Full Disclosure and Whistleblower columns.

Before coming to the Star Tribune in 2005, Shiffer worked at The News & Observer of Raleigh, N.C., where he was an editor and reporter. Shiffer is the author of “The King of Skid Row,” a local history book. He lives in Minneapolis with his family.

Thanks for your Generous Sponsorship 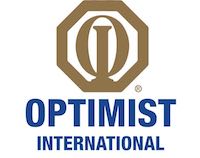